This past weekend was spent in the company of Antoinette van de Water, her visiting parents and many of her supporters at Bike for Elephants 2012. Are you familiar with Bring The Elephant Home?   My role this year was to ride along and take photographs.  For me it was inspiring.  Somewhere along the road one of the students from the KIS International School commented “You like taking pictures of kids, don’t you”.  The answer, young man, is:  Absolutely, especially when you are involved in life!  The future of the world is in the hands of these young men and women.  If the ones I met this weekend are any example, we'll be just fine!
This year day one was more challenging than anyone had anticipated.  There was heavy rain in the area the night before, quite unexpected for mid January in Northern Thailand.  We started out with a light rain, lots of mud and great attitudes.  Starting out at the Mae Rim Lagoon Bed and Bakery, the bike riders made their way along the chosen route.  Soon it was realized that the mud was too much for the bikes.  The mud is actually more like a clay and would stick to the gears, brakes and all other parts. Everyone took it all in stride. The route was changed to mostly paved roads.

We stopped for lunch at the Bamboo Lodge and then continued on the the Elephant Nature Park.  I’m not sure how it happened but this year the ENP staff put the riders up in dorm rooms.  The participants enjoyed a bit of time feeding the elephants, were greeted by Sangduen “Lek” Chailert, the founder of ENP, a great dinner and an educational video.  The anticipated bonfire had been cancelled due to the rains.

In the morning we gathered for a group photograph and headed out for the day’s ride.  Sunday was clear and the ride went well.  We went through an area east of ENP and finally stopped at Wat Baan Den.  Then, on to the finish on the shores of the lake at the Mae Ngat reservoir. At the end several of the participants enjoyed a swim in the refreshing lake waters.
Somehow a couple direction signs were removed at the end of the course, causing a hearty souls to bike to the top of Mae Ngat reservoir. This is the bike for elephants event that will go down in history as having two winners at two different finish lines.  Everyone took it all in stride and had a great time and everyone who participated is a winner!
Bicycles for this event were provided by SpiceRoads.  Other sponsors included Fah Lanna Spa, Park Plaze Hotel and DE Lanna Hotel. I mention these fine people because I’ve learned that life is composed of givers and takers.  These people are all givers and I would rather do business with the givers than the takers.  I’m sure you feel the same.
There are almost 250 photographs are available at http://s935.photobucket.com/albums/ad200/jnelson1944/Bike4Elephants2012/   If you want to print any of them please contact me and I'll give you a fille large enough to make a decent print. The shot below is the result of the truck hit a big bump just as the camera fired.  I'll keep it!
Abundant Blessings,
Posted by Jerry Nelson at 1:45 PM No comments:

The time is drawing near!   Saturday January 21, 2012 is set as the date for the Pang Pornsawan Art Sale Event.    This morning I posted an event invitation on Facebook, knowing full well that many who saw the post would not be able to attend.  Just because you are in North America, Europe, Africa or Australia doesn’t mean you can’t help.   If you can attend that’s marvelous.  The more the merrier and I would want to see you all there!
However, if you can’t be there perhaps you could help in another small way.  Would you go to the website and buy a ticket.  You have three choice, the on-line ticket prices are only $50.00, $35.00 and $17.50.  It’s not a huge donation, but every little bit will help.  Of course, you are welcome to buy more than one and are certainly encouraged to do so.  Every little bit will help. Please visit the On Line Purchase page on the website. While you are on the website please consider purchasing the digital photographs that are available.  All were donated and 100% of the revenue goes to support Pang Pornsawan.. 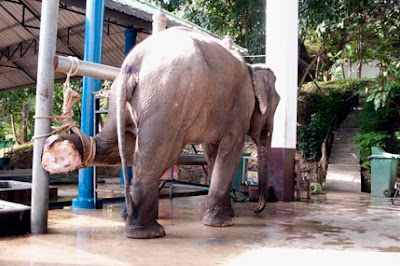 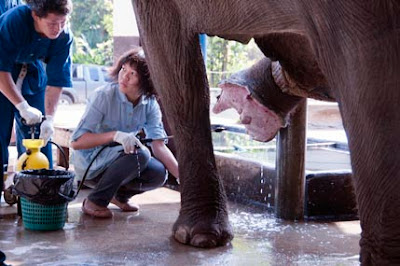 48 hours after the auction is over the website will disappear.  The URL will become host to a more permanent website which may include this event as part of it’s history.
For those of you who are going to be able to attend, the event will start at 6:00 p.m., but you are welcome to come early.   The silent auction will run from 6:00 p.m. to 9:00 p.m.  Winners will be asked to pay for their winning bids and take the art home with them that evening.
Remember that 100% of the proceeds will go to Save Elephant Foundation earmarked for the care of Pang Pornsawan.  She deserves our love and our support.   I thank you in advance for your compassion and your generosity!
Abundant Blessings,
Posted by Jerry Nelson at 5:13 PM No comments: